It was ME/CFS International Awareness Day last week, 12th May, and this is my story. (it’s a long one – you might want to make a cuppa first).

Telling people about my ME feels like a weakness in itself. Trying to describe what life is like with a chronic illness that can’t be seen, treated and isn’t really understood can be difficult. So in truth I just don’t tell people. I let them think that I am flaky with social events, lazy, unfit and overweight due to my apathy and lack of self-control. The reality is different but I’ve lived (and worked) with ME for more than 25 years, have more good days than bad and I am, mostly, in control.

When I was 15 I was doing pretty well at school, was playing hockey for the town and county, taking part in drama clubs and productions and had a good active social life. I had my career mapped out and had already met with the recruiting officers at the WRAC (yep it was so long ago that women were recruited into a different part of the army). They were going to pay me a bursary during my A’levels and if my trajectory continued as it was supposed to would sponsor me through university before I joined Officer training and followed my grandfathers footsteps into the Army as an engineer – focused on getting into the REME. It was everything I wanted; I was going to travel the world, continue playing hockey and use the maths/logic part of my brain whilst using my performance skills to improve my communication and leadership. I was confident, ambitious, happy and healthy.

I was booked to go on my first skiing trip with family friends and had been to C&A (this was he 80s remember) and bought my new turquoise jacket and black salopettes (it’s funny the things you remember, I can clearly see the jacket – I was so proud of it). And then I got tonsillitis, again. I’d had tonsillitis on and off years, it was one of those things that when I got ill/low it flared up. Usually a course of antibiotics and a bit of rest and I was back to normal, right as rain and raring to go. This time was different; I just couldn’t seem to get better. I was exhausted and my glands were badly swollen both in my neck and under my arms. So we went to the GP – not something done lightly in our house (the story of my appendicitis is for another time, but lets just say despite being told it was an emergency and they were very close to bursting the ambulance was refused as no one wanted to cause a fuss……).

Our GP was brilliant, bloods were taken and I was prescribed some more antibiotics and told to rest. I kind of rested, went back to school a few days – a few steps forward a few step back. It was confirmed that I had Glandular Fever and I was expected to recover in 6-8 weeks. Glandular Fever – the kissing disease. I hadn’t been kissing anyone (my heart had yet to recover from the smashing it took when Adrian dumped me and then started seeing Lesley from round the corner) but it was explained that it happened sometimes when your immune system was low.

But I didn’t recover; I got worse. Too tired to make it up the stairs to bed, and then when I was upstairs too tired to get back down (I am an expert at the stair bump – when you bump downstairs on your bottom). I went from an energetic Tigger type to someone else. Nothing was broken, I had no rash or spots, my glands would go down (and up and down and up) but I couldn’t get off the sofa. I was thirsty so much of the time, and drank pints and pints of orange squash. If I wasn’t too tired I would eat, I never lost my appetite and ate plenty but not always at the same time as everyone else, usually when I was awake enough.

I had good and bad times of the day. I was good in the early morning – often fooling myself that I was ok and could go back to school or go out. I would then crash around 11am and not really recover until sometime after 7pm. Sleep didn’t come easy which was strange for me as someone who had always been able to fall asleep at the drop of a hat no matter where I was.

I took more and more time off school and the friends dropped away, moved on with their lives and stopped visiting. I continued to have the blood tests every two weeks and they continued to show that I had Glandular Fever. However, it shouldn’t have lasted this long and I should be recovering. Sometimes my legs just wouldn’t work – I had a constant dull pain like a toothache in my legs. I spent days in bed, I couldn’t read as my brain couldn’t hold the words. Could watch TV or films but couldn’t retain any short-term information. Music was sometimes too loud and conversation too tiring. I wasn’t good company and looking back can understand why my friends stopped popping round. I was boring, ill with this mystery disease that no one understood.

Our GP was a rock throughout and when it was suggested to my parents that I might have Chronic Fatigue Syndrome he was brilliant in getting both them and the school information. I remember a few years later when I had moved house and moved GP and I saw my notes and I saw the first early suspicion of the diagnosis – an innocuous ‘CFS?’ written in the notes. CFS was in the news at the time – it was more commonly known as Yuppie Flu and sneered at by many. Myalgic Encephalomyeitis is now more widely known as a chronic, neurological illness that mainly effects the nervous and immune systems. Symptoms include severe debilitating fatigue, painful joints and muscles, disordered sleep, cognitive impairment, irritable bowel syndrome, hypersensitivity to light and sound and depression. I pretty much ticked every box.

The treatment cycle commenced. I was told I needed to do more exercise and force my body to respond – not the best idea I soon found out. I had to eat a clean diet; chicken, broccoli and 7 up, no additives or colourings – this didn’t last long as well as being exhausted I was freaking miserable. Anti-depressants, cognitive therapy, sleep, rest, antibiotics, different antibiotics, just blooming well snap out of it. I tried it all. Over the years I have tried many many different things (reike and reflexology anyone?) but in truth the only thing that has worked is learning to listen to my body and myself and being a bit more selfish. Not going out, cancelling arrangements, leaving the party early, choosing what to sacrifice and what to save up my energy for.

It sounds simple, like energy is a definitive object and you can save and conserve what you need. This is mostly true but then my body will throw a curveball and even when I am well rested and have taken a sensible approach it will just stop.

Now, many of you reading this will know me and have met me. Will know that I work full time in a pretty full on job. Take on extra circular activities, love walking my dog, cooking for and going out with friends, theatre and gigs, football and well pretty much watching any sport going. But you see this all comes at a price.

What you don’t see are the days I go to bed at 6pm and just lay there for hours unable to read or listen to music or lift my head. The weekends I can’t get down stairs and have to re-employ the stair bump. The things I have to not let bother me, the clothes that are left unfolded the projects left unfinished, the books I just can’t focus on for long enough that are piled up.

I love my work so my social life is a compromise. Little things, I can’t go to this drink or that do, I haven’t got to the cinema to see that film I really want to, I gave away my tickets to this gig or that show. Every day I compromise. And those around me compromise too.

In my late teens it meant not finishing my A’levels, not going to university and missing some of the parties, clubs and holidays that I should have been too. In my 20s it meant moving back home with my parents, explaining to London Underground staff and the ambulance why despite looking fine and having not fallen I couldn’t leave the bench I was on at Highgate station without help, always falling asleep when out with friends or sneaking off to bed, never quite finishing things I started. In my 30s it was about the rows with my ex-husband over the mess I would create, how I was too tired to do this or that but not too tired to work.

And now in my 40s its about choices, the endless patience of my amazing partner Fitzpatrick and the understanding of my family and small circle of friends who know that it’s not about letting them down it’s about making choices.

Work has changed too, and the world of work for me is easier now than it was 20 years ago. A traditional 9-5 won’t suit me – I can have weeks where functioning day to day during ‘normal’ office hours will see me produce nothing of value. But the ability to work from home, access files, systems and documents 24/7 means that I can work when I am well – be that 4am or 9pm and no one blinks.

I have ME, I’m not embarrassed but I’m not shouting it from rooftops or wearing it like a badge. I don’t let it stop me but know that it restricts me, and that often the choice is out of my control.

There is no cure, no magic treatment but you know what I’m alright. Yes I’m 4 stone (ahem maybe more) overweight and yes I sometime spend an entire weekend seeing no one other than himself and the dog and barely moving from the comfy chair. But I’m good. I’m living with ME and I’m (mostly) in control. Just bare with me if I disappear sometimes….I’ll be back soon. 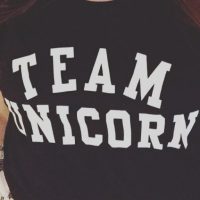 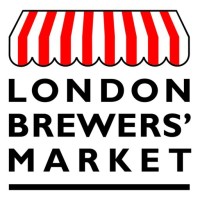 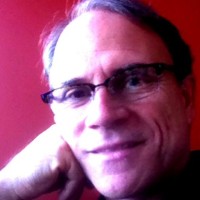